1914 – 1918, the world is shaken by the horror and madness of a new conflict. A hurricane of mud and lead that even the cinema has remembered. Here are some of the best First World War movies

A theme that was also reflected in the music, in literature and in video games and whose echoes, often of cannon fire, can still be heard in some of those we have selected among the best films of the WWI.

Obviously we only selected ten, there would be many more, and it is one purely subjective ranking which is not excluded is enriched with other films that have dealt with the theme. In addition to this we also remember that the films presented here they are not in order of importance, let’s say more that they serve to get an idea.

The final judgment is in fact up to the spectator who, after their vision, could discover even the most “unknown” sides of that enormous madness. A madness that dragged millions of men into the mud, soldiers and otherwise, and which should have “put an end to all wars”.

To get a more precise idea, before reading, we recommend watching some documentary about it or, in a more “relaxed” way, the video clip of One by Metallica (taken from E Johnny took the rifle), one of many Swedish-themed Sabaton, Pipes of Peace of Paul McCartney (the spontaneous Christmas respite also filmed in a special film) or listen to the verses of an inspired and pacifist Lemmy Kilmister in 1916 gods Motorhead.

Best World War I Movies: All in the trenches!

Some of what we could call the best WWI movies can also be found quite easily, as well as quickly, on both Netflix and Amazon Prime. As for others we advise you to search among the DVD or between normal television programming. 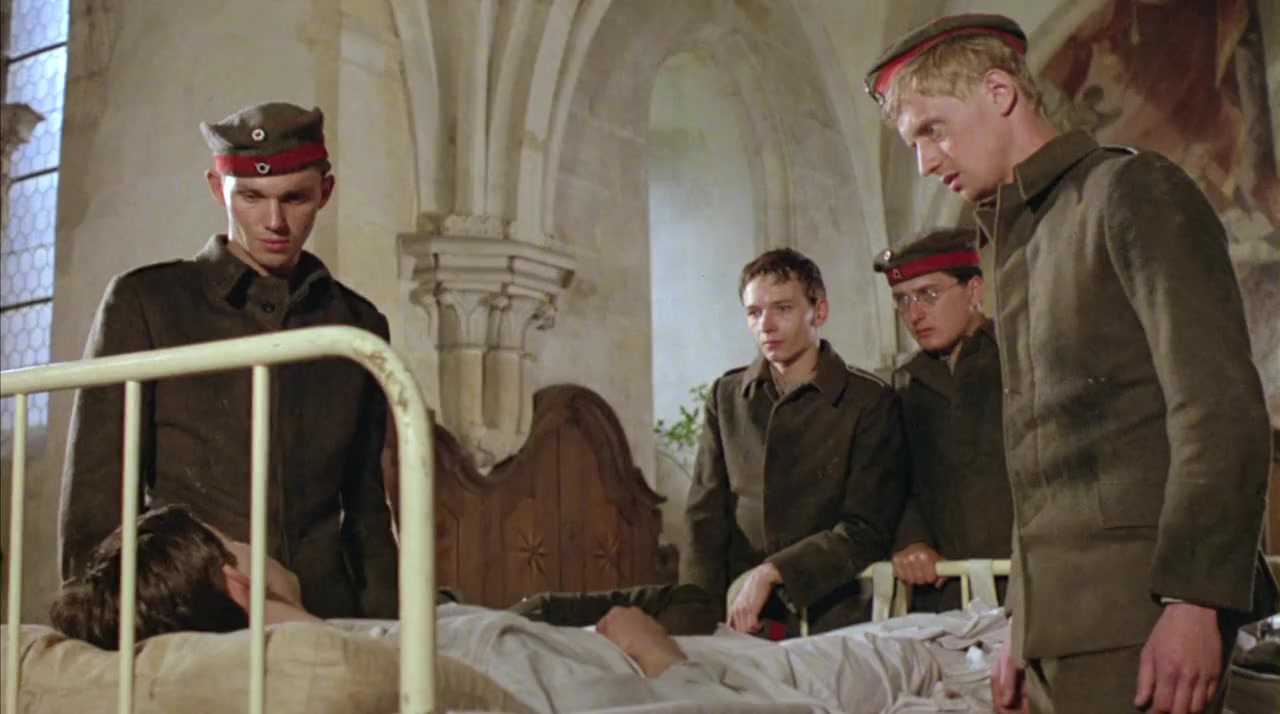 Based onnovel of the same name by Erich Maria Remarque (Im Westen nichts Neues), the war events of Nothing new on the western front, which had already seen the light on a film of 1930, here return in a television film of 1979 directed by Delbert Mann.

The story, set in 1916, features a young man Paul Baumer (Richard Thomas of It among others) who, “drunk” by the propaganda of a high school professor, decides to enlist with some friends in class with him. Unfortunately he will discover the hard way that war is not a game and, above all, it is very different from heroic deeds of which generals and braggart fill their mouths. 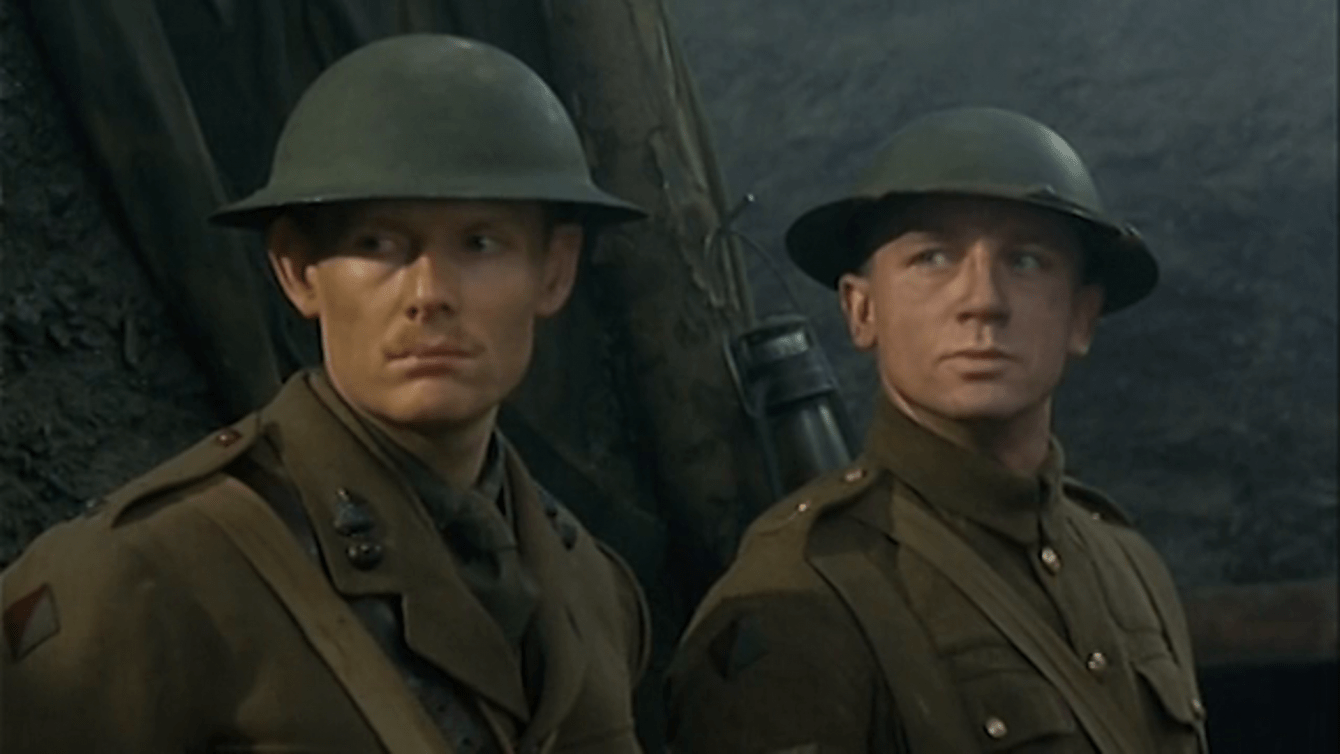 Directed by William Boyd, his only work as a director since he is more “accustomed” to books and screenplays, The Trench – La Trincea is a film from 1999 which deals with another phenomenon typical of that conflict. This was in fact the unnerving waiting, between mud and artillery shells, between one bayonet attack and another.

The scenario is that of Battle of the Somme where, a handful of British soldiers are awaiting the order of an attack that never seems to arrive. Among these we can include Sergeant Winter (the last face of James Bond or Daniel Craig) and Corporal Dell (il Danny Dyer of the unknown semi Human Traffic), on the other side the German army. 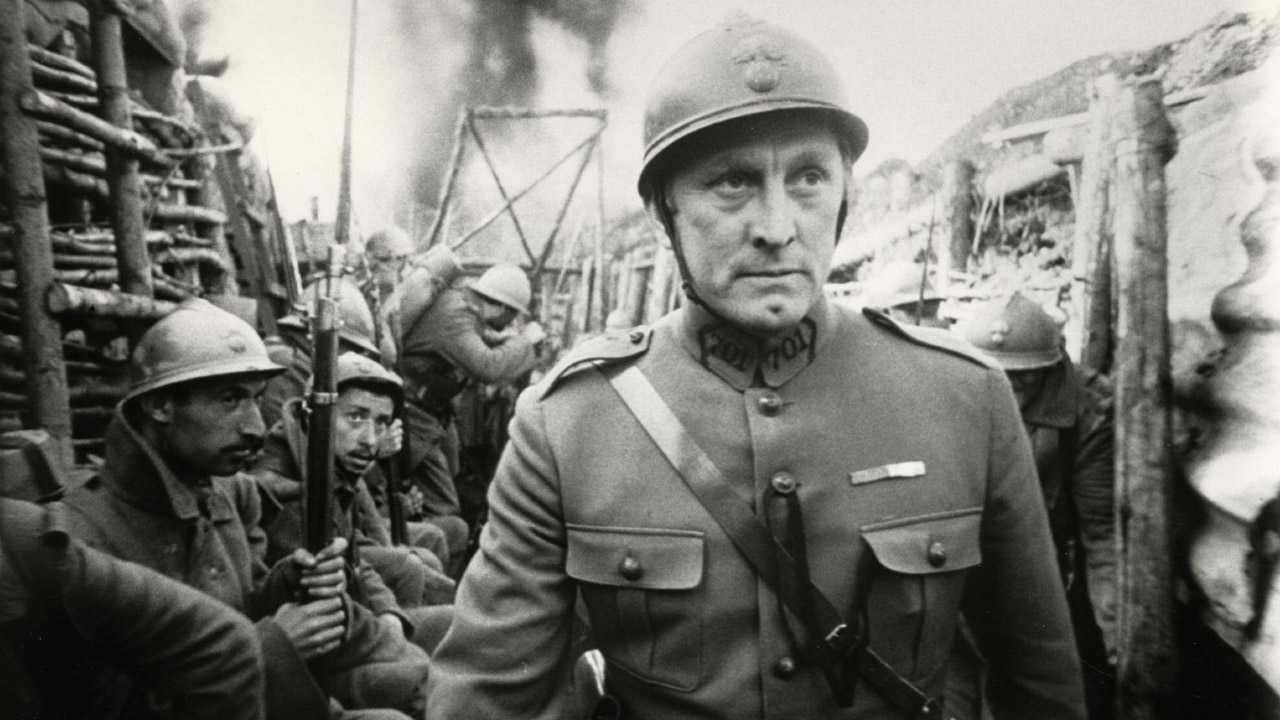 Also set in 1916, Horizons of glory is a film from 1957 directed by Stanley Kubrick and based on the novel of the same name by Humphrey Cobb.

Among the most iconic films of late Kirk Douglas, who passed away at the ripe old age of 103 years old in February 2020, the film is about an unfair trial for cowardice of three randomly drawn soldiers.

A phenomenon, that of farcical military trials, which unfortunately it was by no means uncommon during all the years of the conflict. 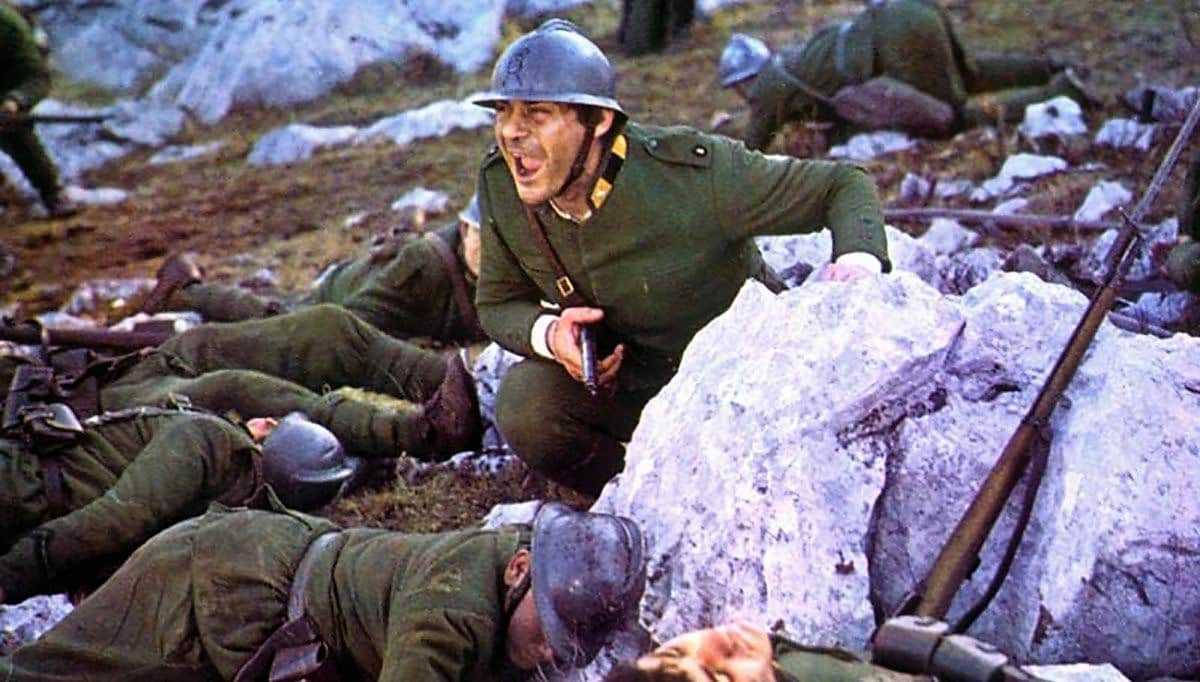 7) Men against | The best films about the First World War

Freely taken from the book A year on the plateau by Emilio Lussu, Men against is a 1970 film shot by Francesco Rosi (the same as for excellent cadavers and Christ stopped at Eboli among others).

Between more politicians of those years, as well as on this small list, sees the Italian army engaged in clashes with the Austrian one onAsiago plateau (more precisely on the Mount Fior) even if the enemy is not exactly the one wearing a different uniform.

Lieutenant Ottolenghi (Gian Maria Will) and a group of Italian soldiers and officers will therefore find themselves faced with the ineptitude of the commanders, the barbarism of bayonet attacks, the many shootings, the summary trials and the “suicide” of other tactics, as in the scene of the Farina armor.

6) Young Eagles | The best films about the First World War

Between technologic innovations used for war purposes, in addition to the primordial tanks, there was certainly thearea with real aces like the famous one Red Baron (Manfred Von Richtofen) and our local Francesco Baracca.

Despite Young eagles, 2006 film directed by Tony Bill, was a decent fiasco at the box office, it remains interesting enough to understand how the conflict has risen from the mud of the trenches and has also affected the skies.

The story is about a group of young Americans, led by James Franco, who enlisted in Lafayette french squadron to fly the first fighter planes and face the enemy even in the clouds. 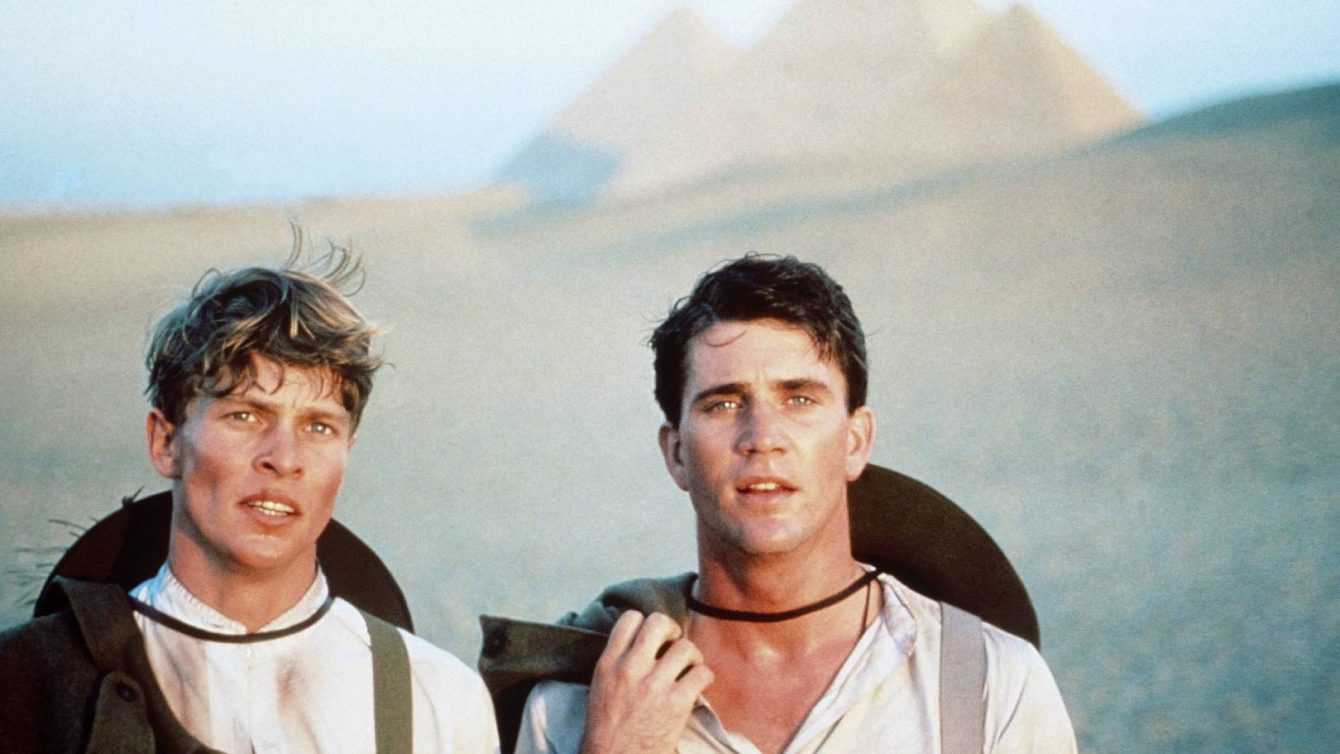 A very young Mel Gibson (here he plays Frank Dunne) and almost the same age Mark Lee (Archy Hamilton) bring the screen to the English countryside in Gallipoli in Turkey against the Ottoman army.

Directed by Peter Weir, which we can also remember for The fleeting moment, The broken years (1981) tells the story of two young Australian runners who, after a series of vicissitudes, end up enlisted in the English army.

What they will meet will be one of the toughest fights that the British army has ever faced on that front where machine gun bursts, artillery shells and bloody bayonet charges raged.

4) Holy cow | The best films about the First World War

We are in Italy in 1982 and Pasquale Testa Campanile, Famous for The soldier of fortune, Ass and shirt, Bingo Bongo e A poor man rich among his various films, he directs our local Renato Pozzetto in a bittersweet comedy with the curious title Holy shit.

Here the local comedian, a few years before the blockbuster de The country boy, plays a variety artist named First Mustache who tries them all to escape the draft. However, he will be enlisted and, between fighting and misfortunes of various kinds, he will also end up forging a curious bond with two crook peasants (played by Laura Antonelli e Aldo Maccione).

A comedian between the trenches and the mountains of the conflict was also revived in Simple soldier (2015) by and with the “romagnolissimo” Paolo Cevoli. 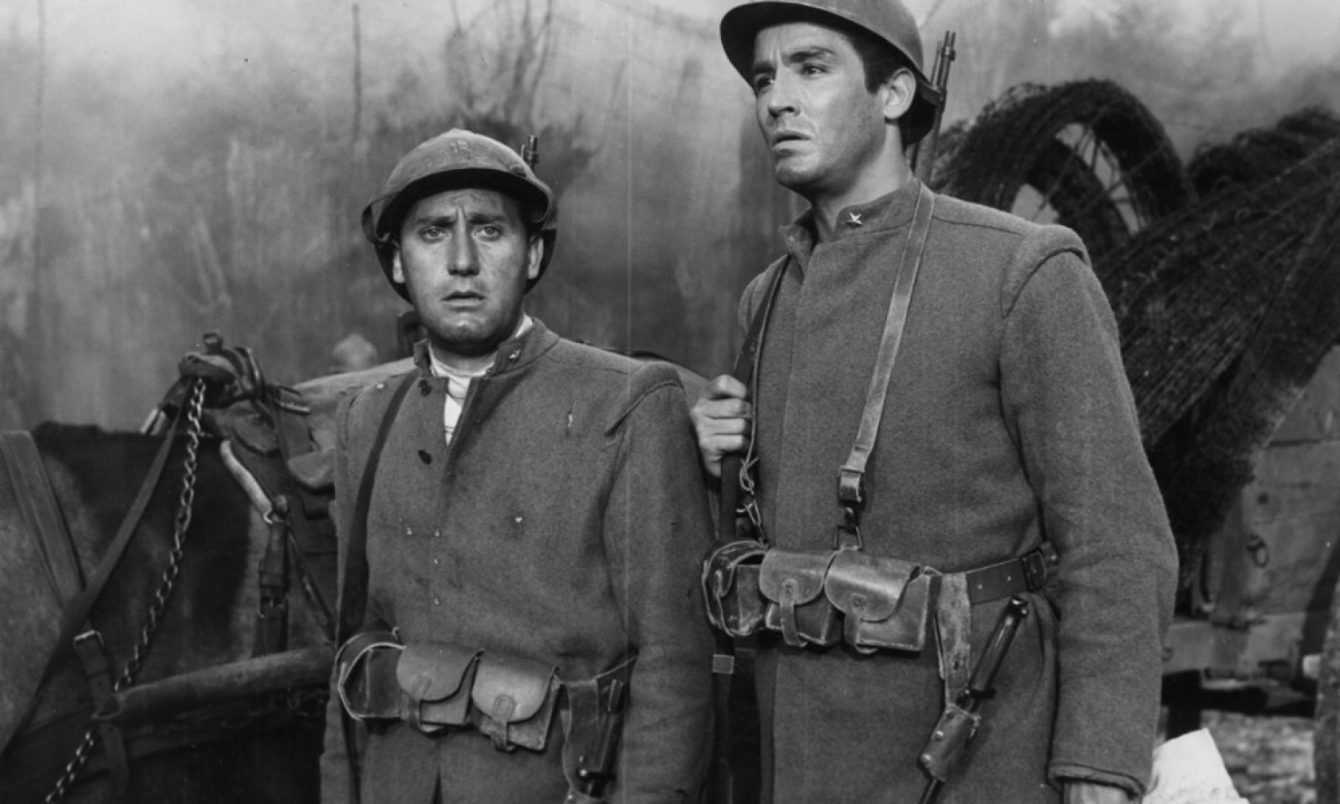 Directed by the great Mario Monicelli (it would be enough just to mention The usual unknown, My friends, the two Brancaleone and the countless films of Totò to get an idea), The great war is a 1959 film that sees as protagonists Alberto Sordi e Vittorio Gassman.

Here the two actors interpret two soldiers trying to escape at the front, but between one misadventure and another, they end up becoming there too friends.

But the war is long and painful, as evidenced by the defeat of Caporetto, and the two will soon realize that death is just around the corner from the laughs at the beginning. A must among the Italian films, as well as the late director, which must be recovered at any cost. 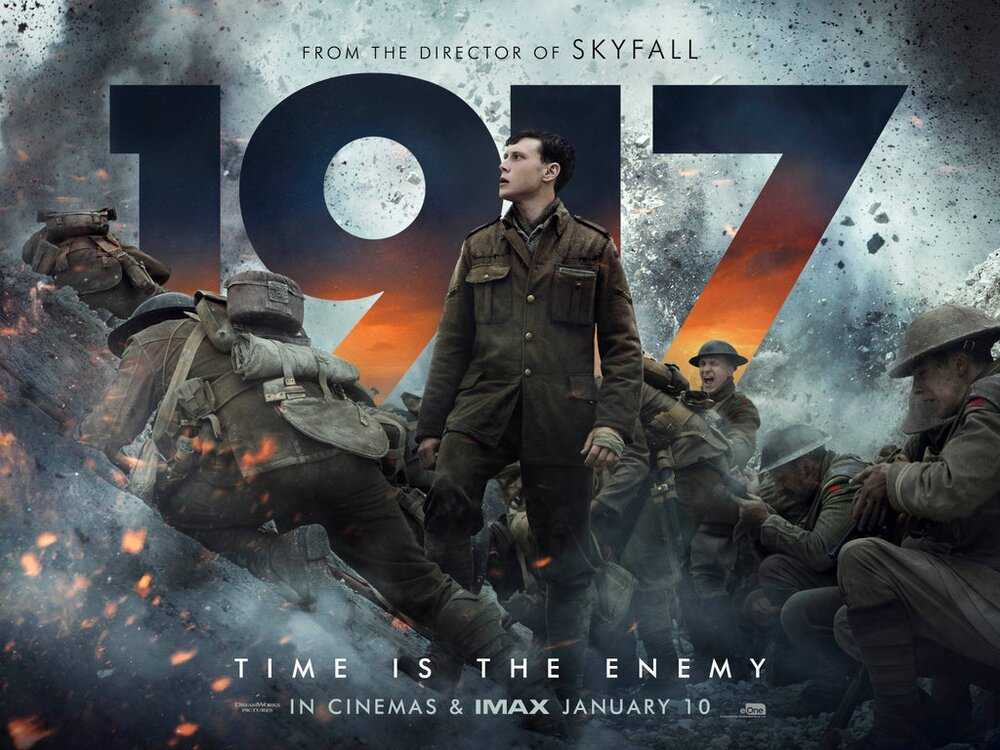 The return to the army for Sam Mendes, in addition to American Beauty Jarhead had also filmed, takes place in 2019 with the acclaimed 1917. The story, inspired by a real event, features two English soldiers (George MacKay e Dean-Charles Chapman) who are entrusted with a very dangerous mission.

Deliver an urgent message to the British troops stationed a few kilometers away, stop the attack on the Germans because the latter have only pretended to retreat and are lurking numerous and aggressive. It will therefore be a journey to the limits of epicity, the personal dramas of both protagonists should not be forgotten, among trenches full of mud, rats and gutted corpses.

They will therefore have to walk kilometers and kilometers of no man’s land, abandoned trenches and enemy positions. Will they make it? Time is of the essence! We also report the presence in the film of other British actors such as Benedict Cumberbatch, Mark Strong e Colin Firth. 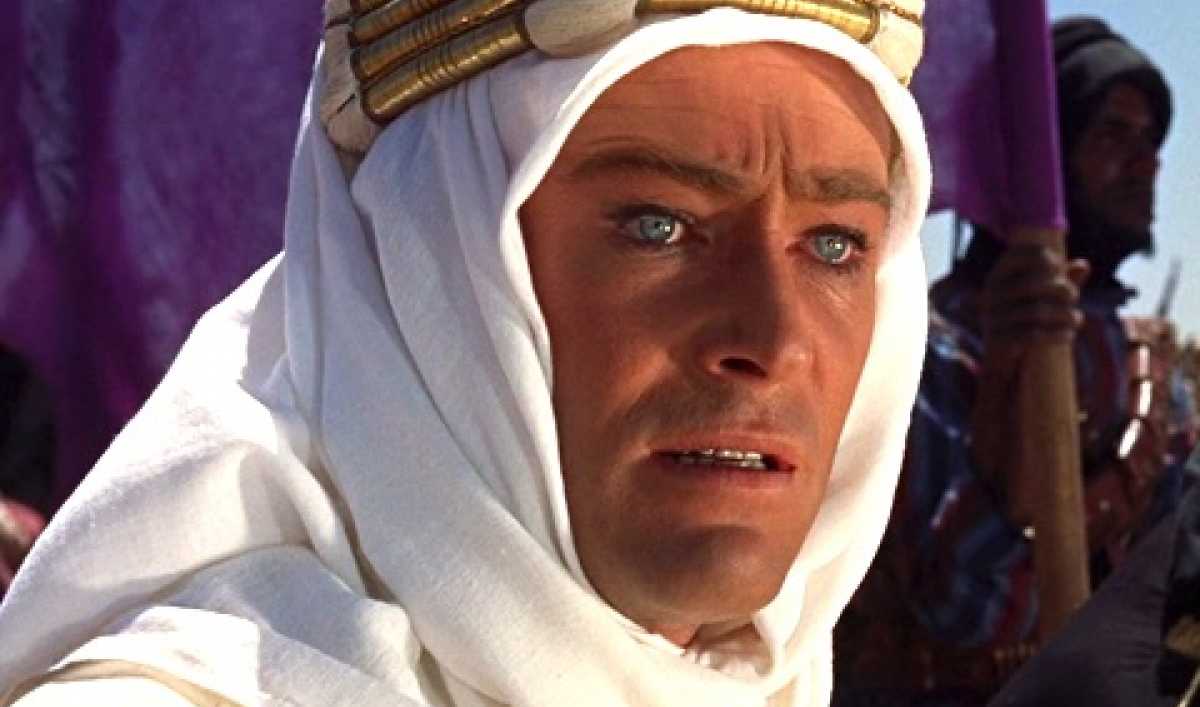 We close with an authentic cult of cinematography, Lawrence d’Arabia directed by David lean in 1962, with protagonist Peter O’Toole as the secret agent and writer Thomas Edward Lawrence.

The film starts with a motorcycle accident, our protagonist died years after the end of hostilities, and following the funeral it is up to a journalist to ask for information about this man. A long flashback where his exploits in Egypt will be narrated where he is sent to try to recruit some local troops to help the British defeat the Turks.

A research that, indeed, will bring him even closer to the cause and make him an iconic figure for a colossal not to be missed. In fact, more than words, you need facts for this film and then go immediately in search of it!

To know other movies warlike and otherwise, all the latest news on TV series more exciting, the unmissable of the animation and much more, we are always waiting for you here on TechGameWorld.com!