The Emilia-Romagna MotoGP GP, which will start in a few hours on the Misano circuit, will be remembered, among other things, for being Valentino Rossi’s greeting to all his Italian fans and, as usual, the pilot from Tavullia will start with a special design of his helmet. On this occasion, on the home circuit, Valentino wants to pay tribute to all his fans, the famous “yellow tide” that colored the stands of all the circuits in the world where it competed.

The design is as always the work of Aldo Drudi, historical creator of all the Doctor’s helmets, and has been developed based on a photo by Gigi Soldano, Valentino’s chief photographer, where the stands that the Valentino fan club occupies in Misano appear. In the drawing we can therefore recognize some of its historical members, repurposed in the form of caricatures in this new helmet design. Up, a large yellow heart symbolizes the gratitude of the nine-time world champion to all his fans. And for this occasion, the organizers have increased the capacity as far as 35 thousand presences per day.

Valentino Rossi’s special helmet could be the “penultimate”

Certainly, the race does not turn out as Valentino would have expected. The “Doctor” in fact will start in last position, which certainly does not make him happy in the “tribute” race for his fans. Despite everything, it will certainly be one party for one of the greatest legends of this sport. Rossi is, among other things, the only rider in the world to have won at least one world title in all classes: 125, 250, 500 and MotoGP. Valentino boasts, before the start of the Emilia Romagna GP, something like 115 victories, 235 podiums out of 429 races. 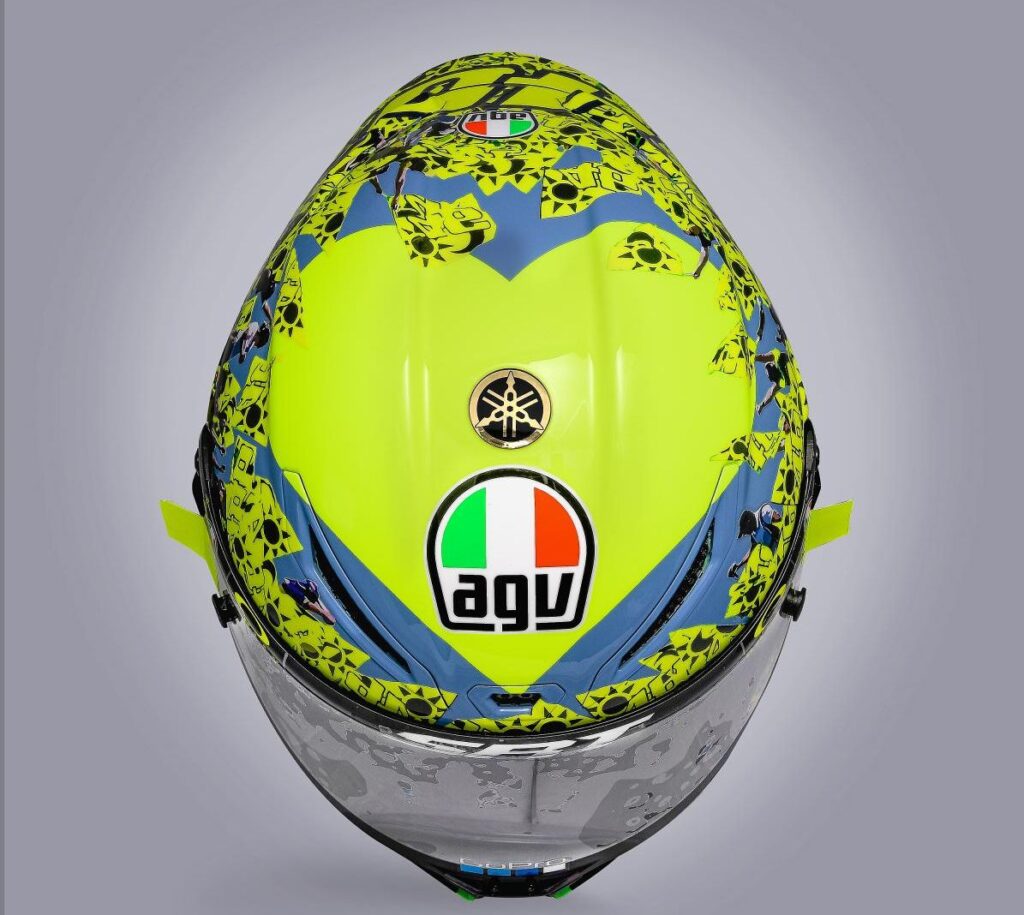 However, this may not be Rossi’s last special helmet which we will see this season. According to Aldo Drudi, are still considering whether or not to release a definitive project at the Valencia GP, which will be the race that will close this season and Valentino’s career in the world championship.

Knowing the Italian driver, it would be strange if for the race on the Spanish circuit he had not already prepared a performance of the kind he is used to, so it would not be a surprise if he will present his latest special project, that of his farewell to MotoGP.