It is no longer a surprise, but sometimes we forget the period of anyway crisis in the production of new cars that is gripping the entire automotive world. Not even the time to count the umpteenth production delay that another one arrives: Volkswagen orders the stop of electric production for a week in its dedicated factory in Zwickto. The reason is the usual, long-standing disaster that all the manufacturers are facing: the shortage of semiconductors. How much will this stop cost the Volkswagen Group? Will it last over time? And which cars are involved? Let’s find out together.

Stopping the entire operations of a plant is already news, but it is even more important when we think about which factory has stopped. The Volkswagen Group has in fact decided to temporarily stop the Volkswagen Sachsen plant in Zwickau, Saxony. This plant is one of the most important in Germany, not only for its production capacity but also (and above all) for its history. The Zwickau plant is in fact the oldest of the Volkswagen Group. It was founded in 1904 gives August Horch, who founded his own house in the Saxon city, the Horch.

Five years later, Horch changed her name to become the Latin translation of Horch’s surname, which in German means “Listen”: Audi. Exactly, that Audi, which saw the light in 1909 in Zwickau. After the Second World War, Zwickau found itself in the territory of DDR, and in East Germany the production of the most popular car in the Democratic Republic began, the Trabant. After the production of the Trabant, which went on from 1957 to 1991, the VEB, or the state car manufacturer of East Germany, following the reunification of Germany ceased to exist. The company was privatized, becoming Sachsenring, and then purchased by Volkswagen. The Wolfsburg company took over the factory and renamed it Volkswagen Saxony and, after having produced the Trabi until 1991, it first began production of the Volkswagen Polo II, which was then succeeded by the Golf and the Passat. 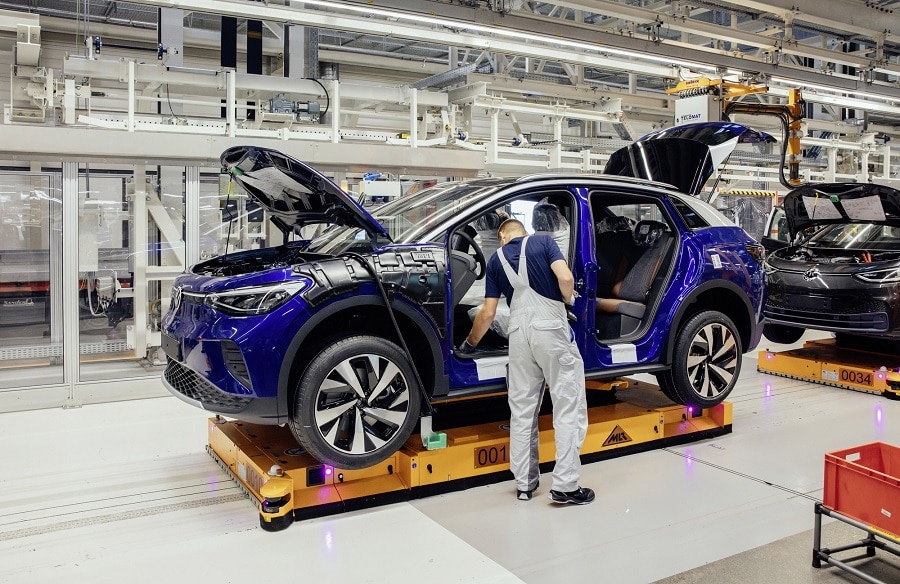 After nearly three decades of producing thermal cars under the Volkswagen brand, in 2019 the VAG Group decided to transform its Saxon factory into an electric car pole. After the production of the last thermal car in Zwickau, a VW Golf R Variant, only electric cars leave here. Here in fact they come all electric cars based on the Group’s modular MEB platform were produced. After the first car equipped with the MEB platform, VW ID.3, in fact also arrived in Zwickau Volkswagen ID.4. But Zwickau doesn’t just produce Volkswagens. Here they also see the light there Skoda Enyaq, l’Audi Q4 e-tron e Q4 e-tron Sportback and the CUPRA Born. In total from Zwickau they leave 6 models from 4 different brands, produced at a maximum rate of over 1,400 cars per day.

Volkswagen, the production stop will last a week. The reasons? The semiconductor crisis

Given the success achieved by the Group in recent months on the electric car market, Volkswagen has also recently introduced a third round to bring production from 800 to 1,400 cars. In addition, the VAG Group has declared its intention launch another four models to be produced here in Zwickau. In addition to the already known VW ID.5, the Coupe version of the ID.4 SUV, there will be three more models produced here. But not for now. 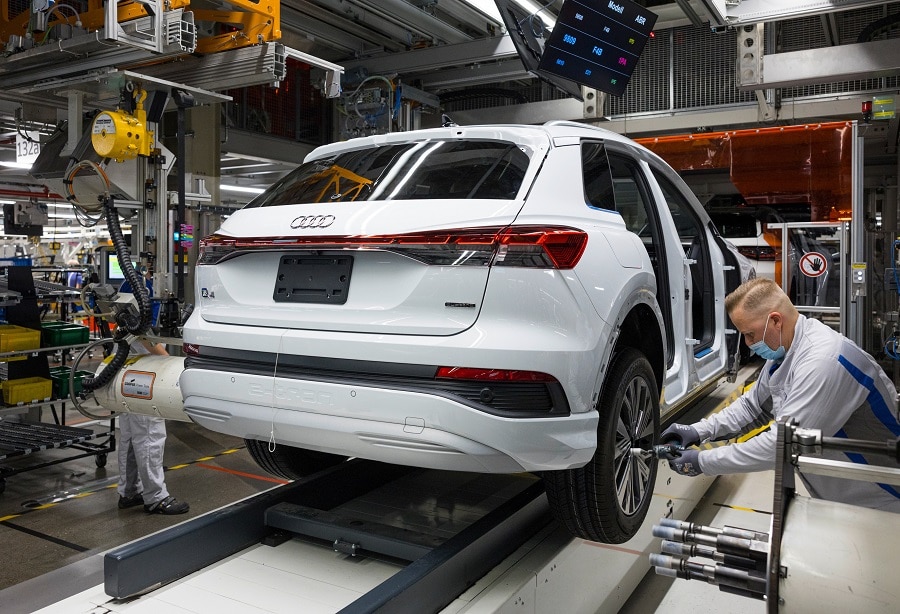 It is in fact news of the last few hours that Volkswagen has called a halt to production at the Zwickau factory for at least a week. As confirmed by a spokesperson of the plant to colleagues at Automobilwoche, not even one of the six models assembled in the Volkswagen Sachsen will be produced for the whole week, the machinery will remain stationary and the workers at home. Volkswagen has indeed announced four days off, ranging added to the already scheduled stop today, Wednesday 17 November, as in Germany it is a public holiday to celebrate the Day of Atonement. And what is the reason for such a long stop? Yes, that’s what you are thinking: i semiconductors. 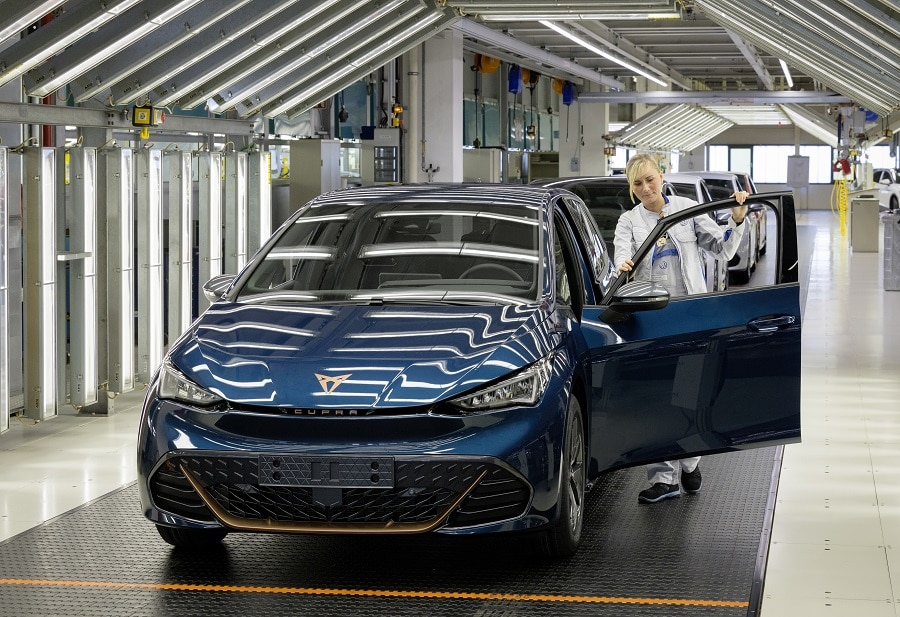 The Group had already experienced slowdowns due to a lack of semiconductors, especially in VW’s main factory in Wolfsburg and in the Transparent Factory in Dresden. In fact, the Zwickau plant had so far been minimally affected by the semiconductor crisis, since Volkswagen itself has always preferred his electric cars, to the detriment of the classic thermals. Thanks also to coinciding with the midweek feast day, the Group has decided to stop production for 5 days. The hope is therefore that of accumulate enough components to support massive production in the coming weeks.

How many cars will the Volkswagen Group lose after production stops?

But how much will this 4-day stop weigh not programmed? Making some simple calculations, let’s see how net of the stop scheduled for the Day of Atonement, Volkswagen from this stop to production will have a lot of damage. Over 5,000 fewer cars, to be precise. A great coup for the whole Group, who couldn’t wait to launch the new and very interesting one on the market CUPRA Born, of which you can find the preview test drive linked below.

What is the future of the Zwichau factory after Volkswagen stops production?

It is not known whether Volkswagen’s production stop will be extended beyond this week. Everything suggests that as early as next week we can return to the normal production regimes of the Saxon hyper-technology factory. THEIn any case, however, this stop in production by Volkswagen only fuels concerns about this difficult situation even more. Indeed, if even one of the largest and most powerful manufacturers in Europe decides to stop production on the models on which it believes most, it means that this crisis is really bigger than you think. When will it return to normal? Insiders speak of a return to calmer working conditions by the end of next year, or even atearly 2023. Certainly, however, it is a critical moment for the auto sector, which we hope will pass soon.