Once upon a time there was a video game that was starting to go tighter and tighter, let’s insert the coin and let’s have another game with Wreck-It Ralph

Let’s try to put together a few elements and create a little program of our own. After toys, what do children devote themselves to most? Definitely at the sport, perhaps with our own football or the much more American baseball, and at first releases with your friends in the park below the house.

But when it’s raining outside, homework is over and you have a long string of hours ahead? Then it’s time for the video games which, since their appearance, have never really ceased to fascinate young and old.

If once there were arcades, today everything is more immediate and consoles have become more and more powerful to support titles with graphics, sound effects and game mechanics so advanced that, only a short time ago, such a thing would have been unimaginable.

To this “amarcord videogame moment” let’s then add the right inspiration coming from a saga like that of Toy Story and a director like Rich Moore who had already signed, among his various works, episodes of the Simpsons, Futurama and Drawn Together. Ah, let’s not forget his role as co – director for that cannon shot that was Zootropolis!

What then comes out of it? But of course the film we are going to talk about shortly, to be precise is the 52nd classic of the Disney, then fill up on loose change and drinks because we are about to leave for a curious arcade.

The Wreck-It Ralph Story | The must-sees of animation

After an early retrogaming animation of Steamboat Willie, the famous Mickey short film also mentioned in Mickey mania, therefore begins our story made of pixels, broken dreams and regrets. What happens to video game characters when there are no more people behind the monitor? As “taught” by the fantastic pairing of Woody and Buzz, even the heroes made of polygons and textures have a life of its own after working on their respective cabinets, but it’s not always as smooth as it might seem at first glance.

For example, have you ever had a job that you really didn’t like at all? You may have even tried to please it, but in the end it is always like telling yourself a pathetic lie in the mirror? Well, the exact same thing has happened to our pixel protagonist for 30 years now and, let’s face it, he also got a little tired.

Tired to the point that our hero, actually the antagonist of the game, talks about it with the members of the Villains Anonymous. A small association of the main antagonists of video games that is strong in the motto “one game at a time”. The problem is our giant Ralph claimed that “I don’t want to do the bad anymore” arousing the surprise of all who remind him of the story of a certain Turbo.

A protagonist of a racing video game who seems to have committed something very strange and never seen before, going to other games to satisfy his desire to win and to run fast. But let’s get back to us. Ralph is the villain of the video game Felix Fix It Felix set in a nice apartment building called Belposto where its task, precisely, is to break everything in its path. The player, on the other hand, will have the task of controlling Felix who will repair everything thanks to his magic hammer.

Obviously, the “Belpostiani” will reward him with a beautiful shiny medal and will also offer him a slice of delicious cake. All that even our “destructive” friend would like, but he cannot because he is relegated only and exclusively to the one who destroys everything. On the occasion of the 30th anniversary of his game, however, the situation deteriorates further. The Belpostians are organizing a party in honor of Felix, complete with Skrillex on the console, but no one invited Ralph. Taken therefore by a good dose of envy he manages to invite himself, but there he ruins everything including the cake.

But he still manages to “snatch” a promise from one of the inhabitants of Belposto. If he comes back with a medal he will even have an attic all for himself instead of returning every evening to his dump made of rubble and dirt. How can this be done then?

A has just been installed in the games room new cabinet with the pompous name Hero’s Duty, a clear mix between COD and Halo, where it is necessary to eliminate giant insects called “scarafoids“Under the orders of Sergeant Tamora Jean Calhoun. Taking advantage of a hysterical soldier at Tapper’s bar, our hero will steal his uniform to try to win a medal at all costs.

Indeed, he will make it, but the medal will end up with him and a scarafoid in the sugary Sugar Rush racing game, I believe the reference to Candy Crush Saga be clear, where he will know one glitched young pilot named Vanellope from Schweetz. The two will therefore form an unlikely alliance, she will help him get back the medal and he will fulfill his dream of being a professional driver, but there is a problem.

Things are not exactly what they seem and the sweet kingdom is under the tyranny of the mysterious King Candito, but something is still not right. In all this, as a prudent Sonic recalls, if you die outside of your own game there is no chance to regenerate! It is at this point that things get further complicated with the arrival of Felix and Tamora in Sugar Rush who are also having problems in their respective games. Will our heroes be able to save goat and pixels and solve the mystery? Put 25 cents in the machine to find out! 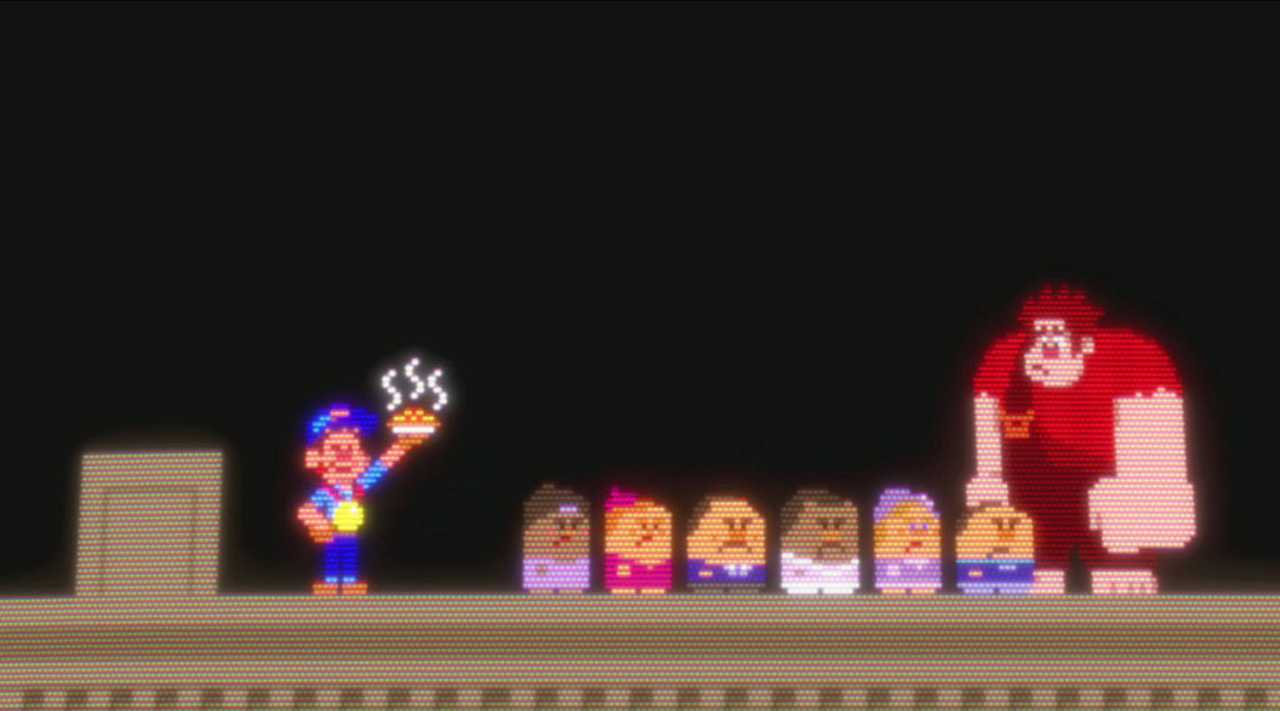 Old school video games for everyone | The must-sees of animation

Of course there are within it a flood of quotes related to the most disparate and famous names old school video games, a bit like in the movie Ready Player One, with “some poetic licenses”. After all, using another franchise is not always free!

Anyway, let’s see some more sensational examples. First of all the same game Felix Fix It Felix, also made after the retro-style film, seems to be a quote from the very first Donkey Kong cabinet.

Furthermore, both by observing the characters inside the cabinets and the shots depicting the entire arcade, you can see historical titles such as Asteroids, Frogger, Space Invaders, Dig Dug, Tapper, Q * bert, the aforementioned Sonic, Pac – Man, Street Fighter II and also some characters and objects related to the worlds of Super Mario and Metal Gear Solid.

In conclusion, there really is something for all tastes and all ages, also included a couple of creatures from the hellish depths of Dungeons & Dragons, with some possible references to other titles not expressly mentioned. One case out of all is that of one zombie with a couple of hatchets, also a member of the Villains Anonymous, which seems to come directly from the saga of House of the Dead (obviously not that horrible movie). Have you noticed it too? 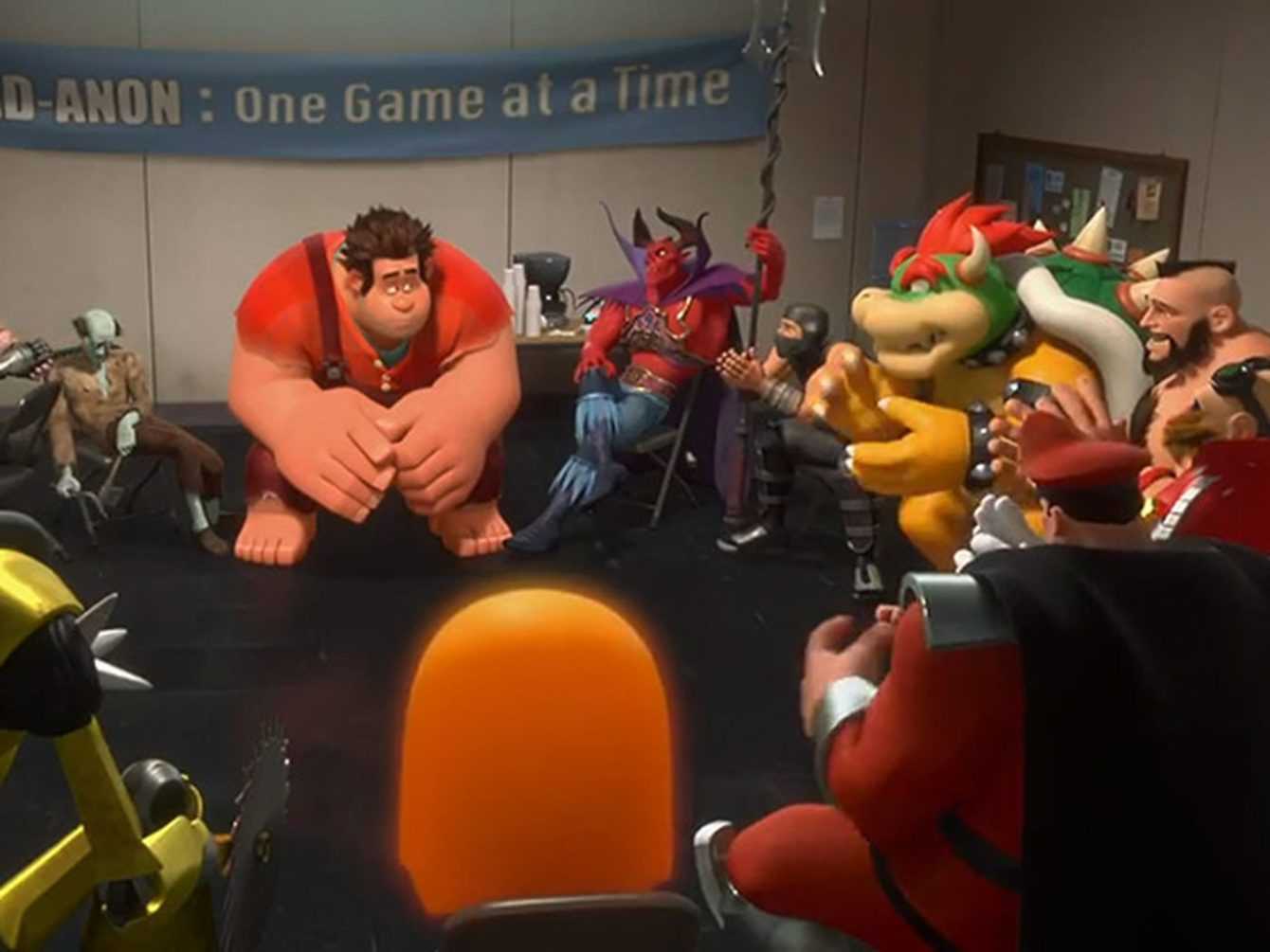 The faces behind the pixels | The must-sees of animation

But who exactly are the actors who gave the voices and features to the heroes of this animated story? The gigantic protagonist is none other than John C. Reilly (already seen in cult like Magnolia, Gangs of New York, The Aviator, Guardians of the Galaxy and The Lobster to name a few) while its rival is Jack McBrayer (famous for the 30 Rock series and also voicing a couple of minor characters in the first Despicable Me).

The respective “counterparts”, one will be the best friend you could wish for and the other an unsuspected girlfriend as will be seen above all in the following, are instead interpreted by Sarah Silverman (School of Rock, The Muppets, A Million Ways to Die in the West and also I Smile Back) and from Jane Lynch (40-year-old virgin, Alvin and the Chipmunks and especially the Glee series).

The four will then have to contend with King Candito who (SPOILER) others is nothing but a vengeful and very bad Turbo. A “double” that takes voice and features, more or less, of Alan Tudyk (Patch Adams, Funeral Party, Deadpool 2, but above all for being the villain of the DC Doom Patrol series). Not a bad choice, right? 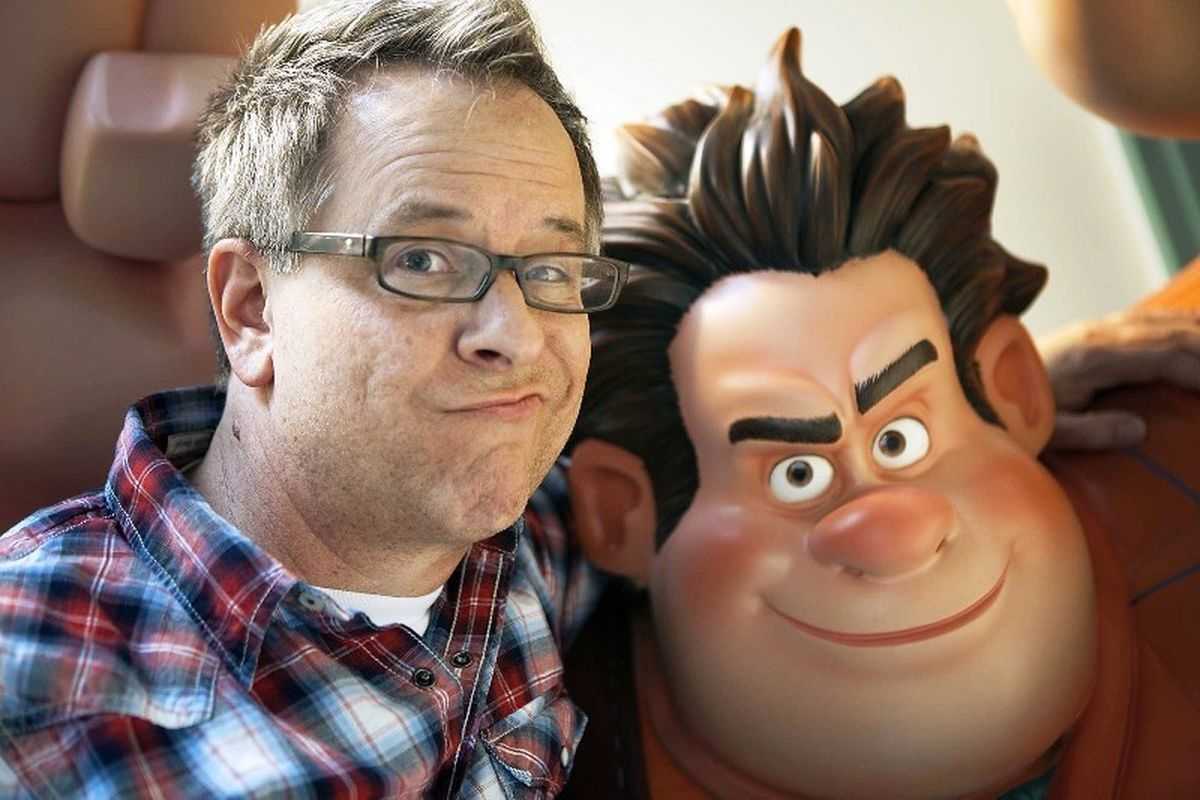 A winning and well-placed shot that, in addition to that much loved and hated “nostalgia effect”, demonstrates a film with more mature tones that also tends to joke about the various videogame and cartoon clichés. In particular, I recommend the sequel where, in a couple of scenes, they clearly make fun of the Disney princesses.

Recommended for both those who have children and want a film that entertains the little ones without “fooling them” with excessively sugary messages will be satisfied, but the same can be said for the gamer with more than a few games behind him. Have fun finding all the quotes and references of your favorite games!

But now that the game is over, I would say that I can go and see it again along with the sequel, but you remember that, if you want always be up to date on everything that is cinema, television series and animation, TechGameWorld.com is here for you!

Are you looking for new movies and new TV series to watch? Check out the new Disney + subscription, the streaming home of Disney, Marvel, Pixar, Star Wars, National Geographic and now Star too. Subscribe now for only 8.99 Euros per month on this page. 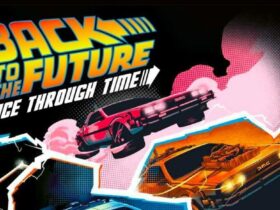 Back to the Future: Dice Through Time

Genshin Impact: Aloy from the Horizon series will become a playable character

How to install a car stereo in the car 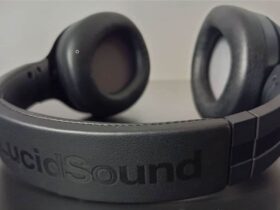 5 reasons to catch up on The Walking Dead on Disney +