Shonen Jump is changing the titles of its repertoire again. After Blue Box, this week is the turn of Candy Flurry, a shonen with confectionary powers

Blue Box is a purely sentimental shojo, of Kouji Miura, an author who already has several such titles on his resume.

Candy Flurry, on the other hand, was born from the union of two novice mangaka, Ippon Takegushi to the pen e Santa Mitarashi to inks. It appears to be a battle shonen, based on the idea that some people have gained “sweet” themed powers. As always, the chapter is available for free on MangaPlus.

Instead, Build King, the new proposal by Mitsutoshi Shimabukuro, closed after only twenty chapters. The truncation was brutal, in the middle of the action, and Shimabukuro will conclude his work with novels. The project to bring the old school shonen back to Jump then fails. 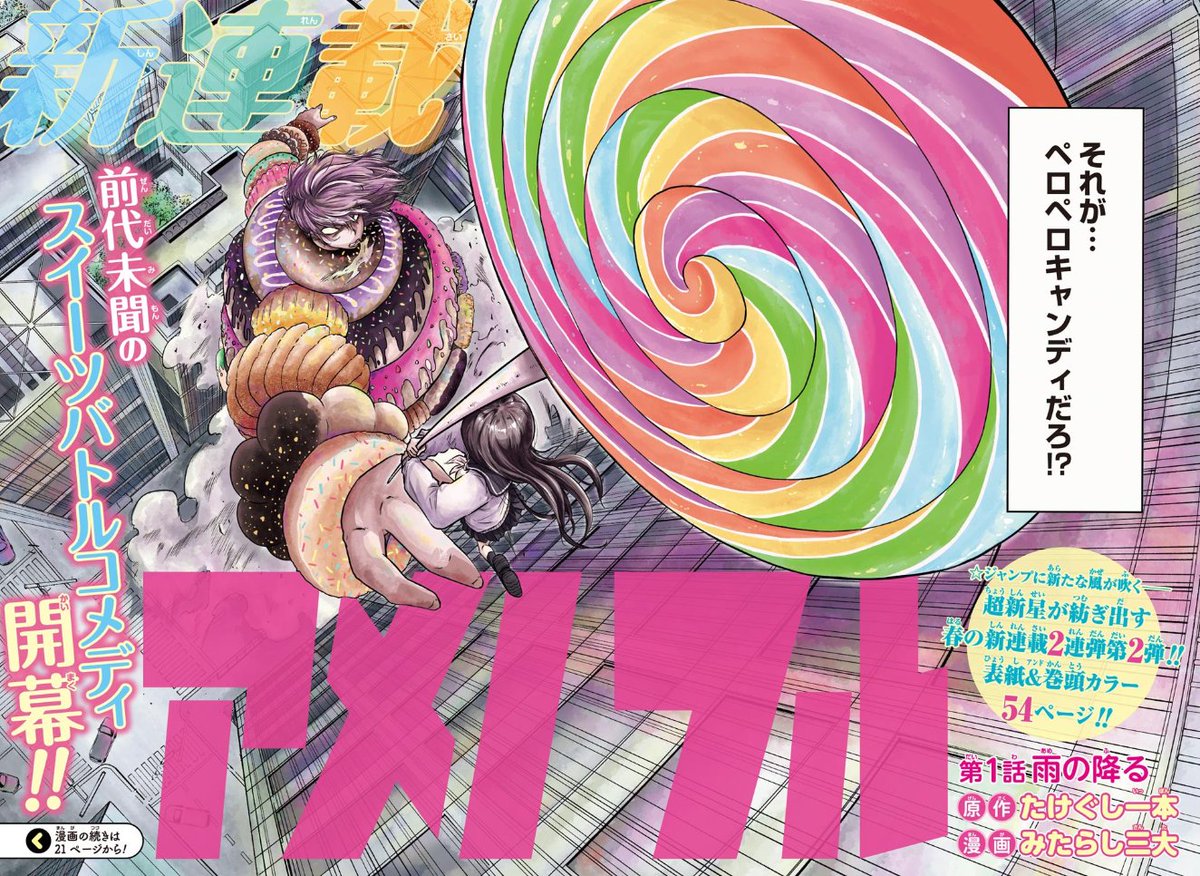 Candy Flurry, when sweets are bad

After some mysterious candies are released on the market, Tokyo is destroyed by one rain of giant lollipops. Those who ate those candies, in fact, develop powers linked to different types of sweets, from candies to pastries. Many of them are prone to using this power for selfish purposes.

Tsumugi she is one of those people who managed to eat a limited edition candy. Her power is precisely to create and use lollipops, but she wasn’t the one who razed the Japanese capital to the ground. Despite seeing the real culprit, she fears that no one will believe her, since, in theory, the powers should be unique.

His destiny is about to intertwine with that of Misaki Midori, policeman of the Recipe who lost everything in the Tokyo attack.

This first chapter of Candy Flurry proposes a rather classic story, with many tried and tested stereotypes, relying solely on the idea of ​​confectionary powers. Indeed, these have good potential in the secondary market, the world of fanart e del cosplay.

However the title, at this first moment, as far as it works, does not offer anything truly exceptional and breathtaking, neither in terms of the plot, nor visually. It will have to go a long way to stand out in a magazine like Shonen Jump.