An interview, a reflection, a confession on the most painful memories of modern history. Here is the review of The only fault of being born

Liliana Segre he lived with his eyes and his heart the horror of war, hatred, racism. In this interview, which looks more like a dialogue, with Gherardo Colombo, remembers the days.

Plot | Review The only fault of being born: a dialogue on hate

Liliana Segre has just turned eight when, in 1938, with the enactment of the racial laws, she is prevented from returning to class: pupils and teachers of “Jewish race” they are expelled from state schools, and shortly thereafter Jews are fired from government and banks, cannot marry “Aryans”, own businesses, write in newspapers, and suffer many other heinous restrictions. It is the beginning of the most terrible of tragedies that will culminate in the extermination camps and in the gas chambers.

Hate and discrimination | Review The only fault of being born: a dialogue on hate

In those years Liliana Segre was only eight years old. Until then she had lived a normal life, attended school and was well integrated into her middle-class Milan. His, because he felt he belonged to her, because she was born there, lived there.

How a child must have felt, because this is what we are talking about, seeing each other suddenly marginalized and dismissed for the mere fact of being born in a certain way?

In which way? How was I born? Why was I born wrong? Most likely these questions will have crossed the minds of many adults and children, because they are discriminated against for the simple reason of being themselves.

The game | Review The only fault of being born: a dialogue on hate

This game is the only metaphor that Liliana, at eight years old, is able to understand and with which she tries to explain why, overnight she found herself expelled from elementary school. With the rule of invisible child, Liliana began to suffer from the racial laws.

But the game has a way out, the disease has a medicine: the article 3 of the Constitution. However, Segre explains, there is a difference between law and justice.

Laws can prosecute who and what violates human rights but not theignorance. That, in order to be prosecuted, needs to education, respect e justice.

Laws and injustice | Review The only fault of being born: a dialogue on hate

Segre experienced the horror of war, of the concentration camp of Aushwitz, has seen the dearest one die. He saw death, hatred, evil.

He knows, therefore, how much power a law can have. Not all laws, however, says Segre, must or can be respected. There is a difference between law and justice: a law that incites contempt cannot be considered as such.

From here begins the dialogue with Colombo. He asks himself a more than legitimate question: is it the rule / law that invents prejudice or is it the desire to overwhelm that is formalized?

One can only discuss how, in the face of such atrocities, a law can be one shield to justify or hide the fear of those who are not like us.

The book also traces the life of Segre: born in Milan in 1930 from a family of descent Jewish. He lost his mother when he was barely one year old.

He tells of his deportation, on January 30, 1944, the serial number 75190 tattooed on the arm, liberation but also everything that lived in between. 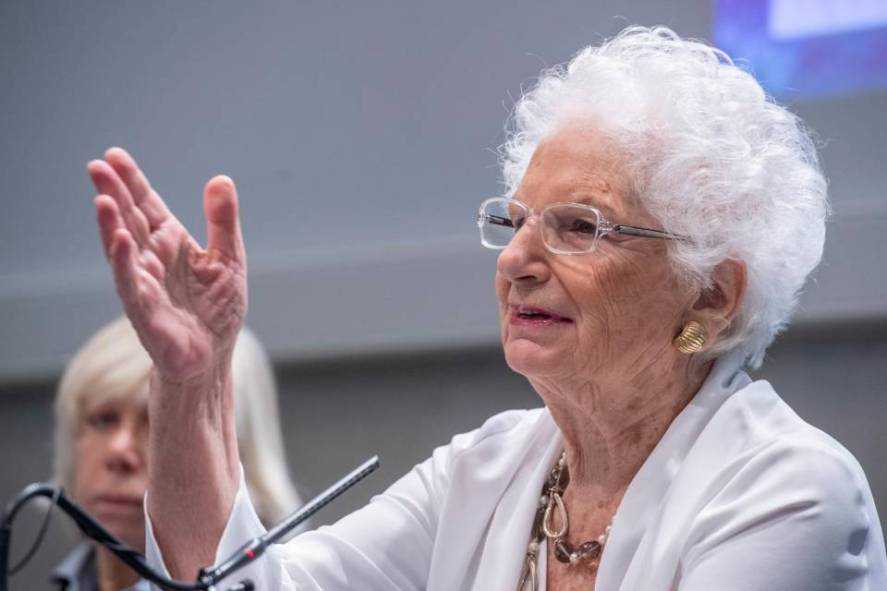 A profound, sad and unfortunately true book. Written with a hallucinating lucidity, coldness and frankness.

“We don’t need heroes, but we need to always keep alive the ability to be ashamed for the evil of others, not to turn away, not to accept injustices.”