New to this week’s Shonen Jump is Fabricant 100, a manga described as “a dark fairy tale” focused on fighting and eugenics

In a remote village lived a doctor fixated on the idea of ​​the perfect human being. He created experimental humans, but no one achieved perfection, so the creations kept growing. Until, on the hundredth creation, the doctor died.

With this prologue it opens Manufacturer 100, the latest news of the season of Weekly Shonen Jump. It is the debut work of Daisuke Enoshimaa new author who started as an assistant on the most recent title of Yusei Matsui, The Elusive Samurai. As always, the magazine can be read for free on MangaPlus.

The main character is Ashibi Yao, the youngest member of the Yao family, famous for having excellent genetics that lead them to live without symptoms of old age up to over one hundred years. However, the family is exterminated by the Fabricants, the doctor’s creations, now free for the world and obsessively looking for new genes and body parts to integrate to achieve perfection.

Accompanying Yao is a mysterious woman who is none other than the most recent Manufacturerwith whom the boy has made a pact: he will give her his pure blood if he helps her eliminate all the other Fabricants. Pros and cons of Fabricant 100

The premise of the work seems crystal clear from this first chapter: the protagonist with a tragic story makes a pact with a dark force, which in turn has a conflictual relationship with its own kind. This premise is introduced in a clear way and the tones of the work, despite the themes, are not excessively angular.

There is also humor in the relationship between Yao and the Fabricant, which is also subdued, making the manga feel neutral overall. This could be positive as well as negative: in this first chapter, the tones are not impactful and therefore the work is not remembered for them.

It doesn’t help that Enoshima’s drawing is sufficient but lackluster, with most of the backgrounds left in a neutral white. The character design is utterly forgettable.

The themes ofeugenics, the creation of life and what makes a perfect human being are interesting and always have great potential. Will Fabricant 100 be able to exploit them? Overall, an ambiguous debut but worthy of attention for this new title. 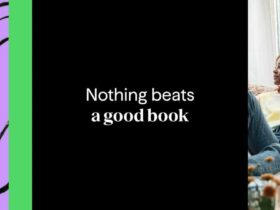