In this review by Genji Monogatari we will analyze the first psychological novel written by Murasaki Shikibu, dating back to the 11th century, called the Heian period in Japan

Although part of the Monogatari (tales, stories) of the time, the Genji it detaches itself from that panorama thanks to the characterization of the characters that, while reflecting the sensitivity and aesthetics of the time, they show an introspection psychological not usual in that period. In this review by Genji Monogatari we will better see the main features.

The story revolves around Genji the resplendent, son of the emperor and his favorite concubine. Precisely because the emperor’s favorite, she will arouse a lot of envy which, eventually, will lead to her death. The loss of his mother causes a huge void in Genji which he will then try to fill with the countless female figures he will meet.

The emperor will remarry a much younger woman, named Fujitsubo, with features very similar to those of Genji’s deceased mother. For this reason he will fall madly in love with her, having developed what will later be called the Oedipus complex. They will start an extra-marital relationship, eventually conceiving a child.

Gripped by guilt and growing feelings towards Genji, Fujitsubo decides to leave him. In an attempt to forget her he will start multiple relationships. As with the mother, this will trigger jealousies and envy that will result in another tragedy. Meanwhile he will meet a little girl, Fujitsubo’s granddaughter, very similar to her and her mother and will take her under his wing, eventually falling in love with her. 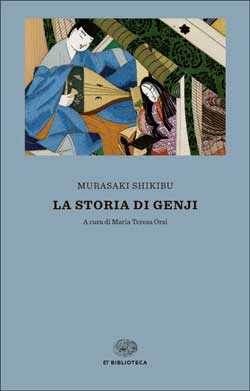 The tale was written in the full period Heian, between 1000 and the 1008, in what used to be a shining historical arch. The kingdom enjoyed wealth and fortune but the condition of the woman of that era was far from fortunate. In fact, women had to always be well prepared but still look after their children, remain silent and aloof to be unattainable, almost eteree. They were relegate in ale of private mansions, unable to interact with male members. Their education was a lot limited compared to men, so as not to risk putting them at a disadvantage.

It’s not hard to understand how complicated it may have been for Murasaki complete the work. Our author, in fact, represented an exception from many points of view: she was cultured, intelligent and educated and this can also be deduced from reading the Genji.

In that historical context there were therefore numerous beliefs, not only related to the female figure, but also to the spiritual one. The pivotal religion was that of Buddhism. For this reason the karma played a fundamental role for the people of the time. Reading the novel it can be clearly seen because the recurring presence of luck and / or misfortune characterizes much of the work and the characters themselves.

… And characterization of the characters | Genji Monogatari review: the first psychological novel

Starting from the concept of karma and the figure of the woman, many of the main characters are characterized: Fujitsubo, wife of the emperor and lover of Genji, gives birth to her son making him pass for the emperor’s heir and, therefore, heir to the throne. Genji, being the son of a concubine, illegitimate therefore, cannot inherit the kingdom. This strange game of fate is interpreted as a retaliation of karma for sin and adultery committed. Fujitsubo reluctantly leaves Genji who will never be able to forget her and will seek comfort elsewhere.

Genji is presented to us as a child charming, strong, a play boy of other times. In reality, behind his cold ways hides a soul injured from the death of his mother and the impossibility of becoming emperor. That lost maternal love will be the cornerstone of her psychological development. He will look for him in all the women he meets, Fujitsubo before and Murasaki (the child so similar to the mother) then. He will always be subject to karma, convinced that he must pay for sins committed. Although it’s hard to believe Genji is a man solo e sad. As a lonely man he is incapable of dealing with loneliness but he is not bad. Perhaps precisely because he is aware of what pain is he will take care of all the women he “loves” and even of a princess locked up in the castle, considered “ugly” and alone.

Spiritually, in addition to karma, there was the belief of spirits malicious. They were seen as beings capable of possessing the human soul and doing what they wanted with it. The victims most subjected to them were women as they were weaker and more easily envious. As we have seen, in fact, the woman was considered a to be inferior, a subordinate of man and almost never shown. She had to suffer the betrayals of her husband or consort and be object, not subjected. In this interior climate the repressed emotions resulted in anger and malice, becoming a home for evil spirits.

The possession, however, if we return to consider the psychological aspect of the thing was a way for the woman to free herself from the anguish in which she was. The moment she was possessed she could come up with and do things never said before. Aoi, one of the princesses in love with Genji, ends up killing his rival, for example.

All this is seen as an attempt by the author to denounce and criticize the role in society of the woman. Whoever was possessed was indeed the victim of envy towards other women but was bound by a sort of bond or alliance with the other ladies, since they shared the same destiny.

It is no coincidence that the author was, in fact, a woman and had managed to study and acculturate while also learning Chinese.

To analyze these dubious situations of spirits or demons today, we do not find a possessed person but a woman in full attack ofhysteria.

Although it was written in a medieval era, the novel crosses themes that are still central today: the Oedipus complex, the inferiority of the woman, the hysteria, the ideal of a strong and cold man which hides a great fragility. The issue concerning the human psyche had never been addressed and the characters had never been characterized with so much truthfulness. For this reason it is still considered the first novel psychological and is read, loved and adapted in numerous films or anime.

I hope you enjoyed this little review by Genji Monogatari, a psychological novel that was ahead of its time.

As if by magic 2: new arrivals in the cast of the fairy tale film 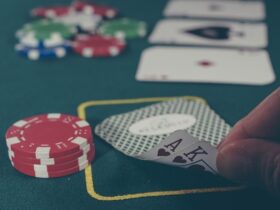 Book Fair 2021: in Naples the first fair open to the public

Montessori education: 4 books to help us understand it